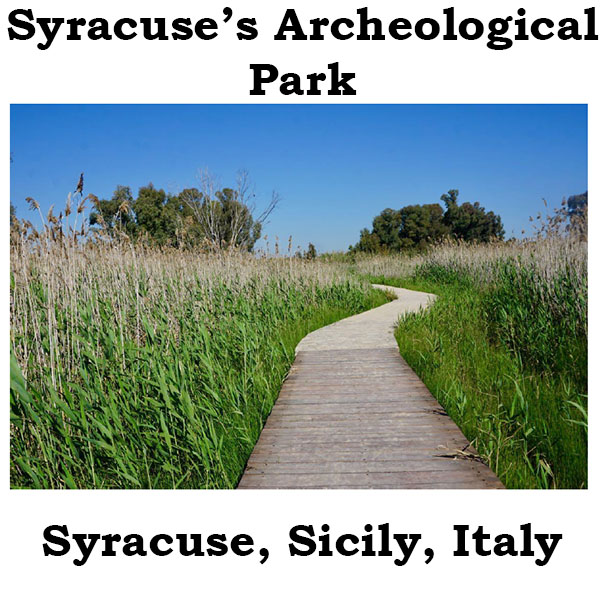 Oops, forgot on our way out of Noto on our way to Syracuse we stopped in
Vendicare Nature Reserve for about an hour and a half of birding. This reserve has
several lagoons, a wooded area, and a beach on the sea to walk about. 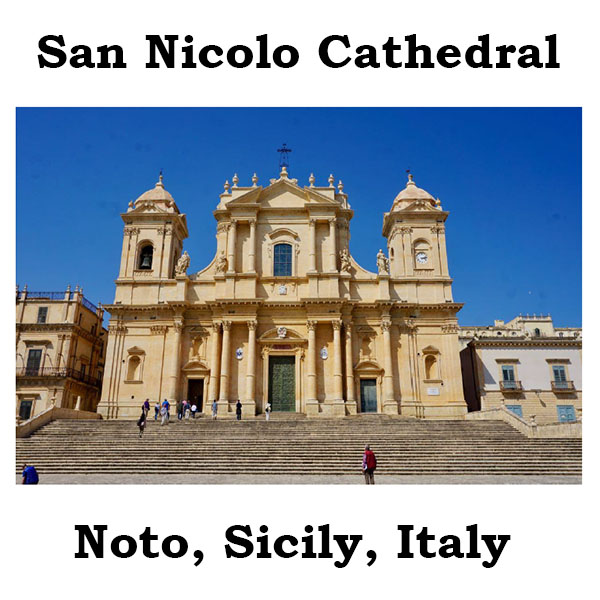 I haven’t been able to walk past a church much less a cathedral during our Italian
travels. I find every one of the Italian churches fascinating from their different
architectural designs, Stations of the Cross, sculptures, paintings, altars, crypts, and
more.

The volume in each church is almost overwhelming due to the height of the ceilings.
It doesn’t matter if you are walking into a neighborhood parish church or a city
cathedral – the volume of the interior is overwhelming. 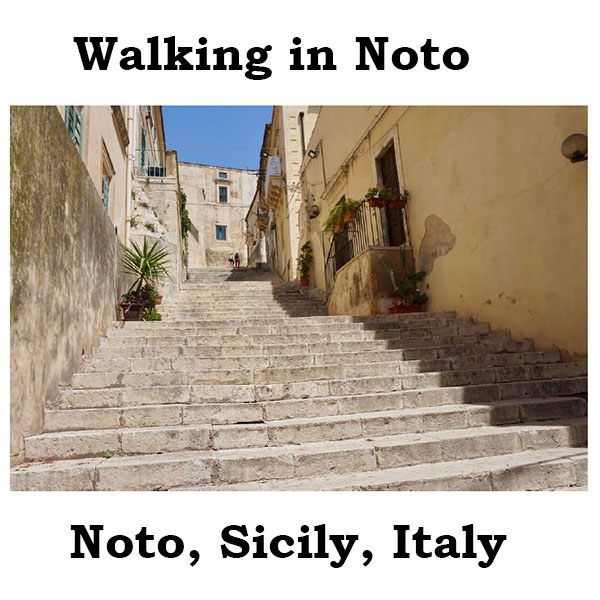 We left the Valley of the Temples and took the scenic drive to tonight’s stay, Noto.
Our drive took us along the coast until we reach Gela where we took the inland road
into the low mountains. This drive took us through the Baroque architectural
hilltop towns of Ghiaramonte Gulfi, Ragusa, Modica, Ispica and into Noto.

Knowing we had a tight time schedule to avoid driving at night we didn’t stop to
explore any of these hilltop towns – maybe next time. However, the drive wasn’t
difficult and was very scenic.

I had chosen a place in Noto’s old town and of course the nearest parking place was
about 200 yards away from our apartment and it was an uphill walk from the
parking spot. The moving of luggage was easy compared to finding our apartment
and did I mention the owners knew as much English and as I know Italian. We or
Nancy made it work with the Google translation application.

After kicking back for 24 hours in San Leone, a small beach town, it was time to
move on. However, first we had to explore the Valley of the Temples.

The ancient city of Akragas’s surviving temples, especially the Temple of Concord,
has earned it the name: Valley of the Temples. We parked the 4Runner at the
bottom end of the site, took a taxi to the upper level of the site and ticket office,
bought tickets, and began our downhill walk – no uphill for these two savvy
travelers.

The first temple we came to was Temple of Hera. This temple dates to the 5th
century BC. A portion of the sacrificial alter – animals not humans – is in the far left
interior of the photograph.